Avant-garde, functional for every day, dynamic and economical - this is the Gran Turismo from Volkswagen, in short, the Arteon. As part of the world premiere of the new Arteon, Volkswagen has unveiled a second version of the car, the Shooting Brake, featuring a unique design. Sales of the new model will begin in Europe in the second half of the year.

Ralf Brandstetter, COO and appointed CEO of Volkswagen Passenger Cars, said: “The Arteon Shooting Brake offers passengers even more interior space. It is created for those drivers who value individual style and the latest technical solutions as much as maximum functionality.” Never before has Volkswagen offered such a vehicle. Klaus Ziziora, head of design at the Volkswagen Group: "The Arteon Shooting Brake combines the dynamics of a Gran Turismo with the functionality of a station wagon in a new and particularly expressive way."

Arteon design follows neither patterns nor trends. The design of this car sets it apart from the mass of other cars, and now it has gained even more expression. In addition, the Arteon can be ordered with the new LED daytime running lights for the first time, with the LED strip not only running under the standard LED headlights, but also running centrally through the grille. This gives Arteon lanterns a new style that is recognizable both day and night. The LED lights in the rear of the car are also new.

Marco Pavone, Head of Exterior Design at Volkswagen, notes: “With the Arteon Shooting Brake, we have significantly widened the roofline and side windows along with it, and widened the fenders to give the rear a more massive look. This measure made the Shooting Brake look like a sports car with all the functionality of a five-door car.”

Beneath the distinctive rear lid of the new Arteon Shooting Brake is a 565-litre boot (measured from the seat back to the height of the rear window shelf). Trunk Arteon (fastback version) has a volume of 563 liters. With the rear seatbacks folded down, luggage space from the front seatbacks to the roof increases to 1,632 liters (up to 1,557 liters for the fastback). The length of the load compartment floor in both cases is 2092 mm (measured to the front seats).

The interior of both models features a new elegant instrument panel, in keeping with the exclusive character and expressive design of the Arteon. A touch field was used to control the automatic air conditioning, the same solution was found on the new multifunction steering wheel, which facilitates the operation of various devices. Another new feature is the ability to use the app wirelessly, thanks to App Connect Wireless for Apple CarPlay and Android Auto (Google). Another new addition to the interior of the Arteon and Arteon Shooting Brake is the high-end 700-watt Harmann/Kardon audio system specially designed for these models. It is complemented by an optional stylish interior lighting system with 30 different colors to choose from. Decorative panels on the dashboard and doors are illuminated - until recently, the light played the role of chrome.

Technical innovations have affected not only engines, but also IQ.DRIVE assistance systems. New to the Arteon is Travel Assist, which provides semi-automatic driving from 0 to 210 km/h. Thanks to this, the driver can move much more comfortably and safely in traffic jams and on the road work site. Part of the Travel Assist system is ACC active cruise control, which regulates speed in advance. Adjusts the speed to the signs of the speed limit, reduces it in built-up areas, at turns, roundabouts and intersections, adjusting it to the traffic situation. Travel Assist also includes Lane Assist, which keeps the vehicle in the center of a designated lane, and Front Assist, which detects the presence of pedestrians on the road. Also expanded the range of the rear view camera. It now additionally has, among other things, Cornerview (increasing the camera angle from 90 to 170 degrees on the screen) and provides an additional image showing the hitch from above, making it easier to connect it to the car.

If the Arteon is equipped with the optional active lighting system, even its LED headlights become a kind of auxiliary system. Even before the car is in the correct position on the corner, the headlights illuminate the corner perfectly. The active lighting system, which combines the most modern technical solutions, consists of two LED spotlights with the so-called. projection lenses. The system also includes Dynamic Light Assist and Dynamic Cornering Lights. The latter, thanks to independently controlled modules in the headlights, illuminate the turn at the same angle at which the steering wheel is currently turned. However, this is also done regardless of the steering angle, i.e. in advance, using the image from the camera in front of the car and data from the navigation system about the course of the road. Thanks to this, Arteon's headlights illuminate the turn even before the driver enters it. In addition, the area illuminated by the headlights is optimally matched to the turning radius, preventing light scattering.

The Arteon and Arteon Shooting Brake will be offered with four turbocharged petrol engines (TSI), two turbodiesel engines (TDI) and a plug-in hybrid powertrain (eHybrid). TSI units deliver 110 kW (150 hp), 140 kW (190 hp), 206 kW (280 hp) and - in the case of the engine used in the Arteon R - 235 kW (320 hp). with.). The hybrid powertrain also uses a TSI unit that develops 115 kW (156 hp) and is assisted by an 85 kW (115 hp) electric motor. The TDI engines develop 110 kW (150 hp) and 147 kW (200 hp). All engines feature low fuel consumption, low pollutant emissions and high torque. Arteon and Arteon Shooting Brake meet a wide variety of needs and requirements with innovative drives. The high efficiency of these engines was achieved thanks to innovative solutions in the field of their design and exhaust gas cleaning system.

“Demand for hybrid vehicles is growing globally, which is why it was very important for us to offer both variants of the Arteon as an eHybrid version in 2020, i.e. with a plug-in hybrid powertrain,” said Jurgen Stockmann, Board Member of Sales, Marketing and Aftersales. Volkswagen brand. Dr. Frank Welsh, Member of the Volkswagen Brand Development Council, adds: “The electric-only range of this vehicle is so long that many Arteon and Arteon Shooting Brake drivers will only be able to drive on an emission-free vehicle. daily." Arteon in fastback and Shooting Brake versions is one of the first models of its class in the upper middle class to be equipped with a plug-in hybrid drive. Jurgen Stackmann: "Arteon eHybrid and Arteon Shooting Brake eHybrid are as appealing to the heart as they are to the mind, so they are unique in their price segment."

For the first time, the Arteon family also features an R model, the sportiest model of all Volkswagen models. Jost Capito, Director of Volkswagen R, stated: “With the Arteon and Arteon Shooting Brake R, Volkswagen is further strengthening its position in the premium class of performance vehicles. It's not just the 320 horsepower that's mesmerizing, but the way these machines deliver it to the pavement. We have developed a new technology that we call "R-Performance Torque Vectoring". A special Torque Splitter device transfers the right amount of torque to the wheels of the front and rear axles, and also - depending on the situation - delivers a different amount of torque to each of the rear wheels. And this provides a level of driving dynamics unprecedented for cars in this class. 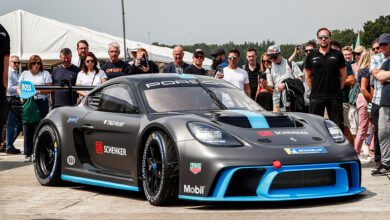 New Porsche 963 and GT4 ePerformance to debut at Goodwood 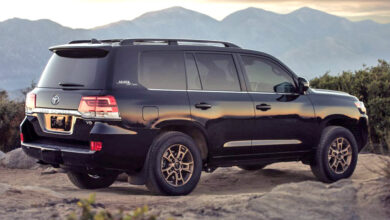 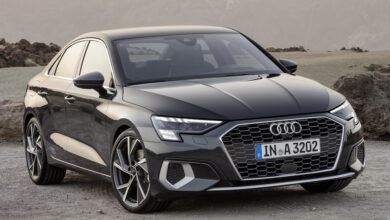 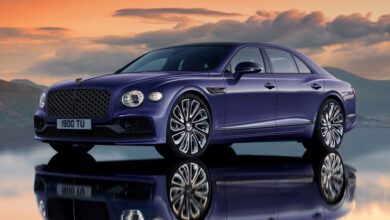 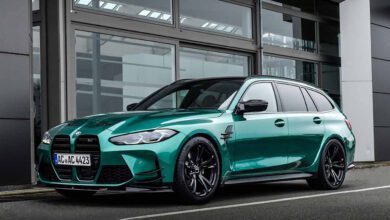