The 100% electric Alpine A110 E-ternite made its world premiere at the Formula 1 French Grand Prix. It retains Alpine's legendary agility and the lightness of an electric vehicle unmatched in the segment.

Commemorating the 60th anniversary of the A110 Berlinette, the 100% electric A110 E-ternité combines a prestigious past with the 100% electric future and showcases the scale of Alpine's work to create a range of new models for the brand.

The Renault Group, which has been developing electric vehicles for more than a decade, is a pioneer in the field of electrification. He has extensive and valuable experience in all areas of the automotive industry. So it was only natural that the designers of the Alpine brand thought about such a drive very early.

The arrival of Luca de Meo and the announcement of Alpine's intention to create the 100% electric range of Alpine models gave the designers a clear direction, which also provided an opportunity to innovate in electric drive design. In terms of the restomod concept, the A110 is the ideal starting material for research, a true link between a prestigious past and an even more ambitious future. 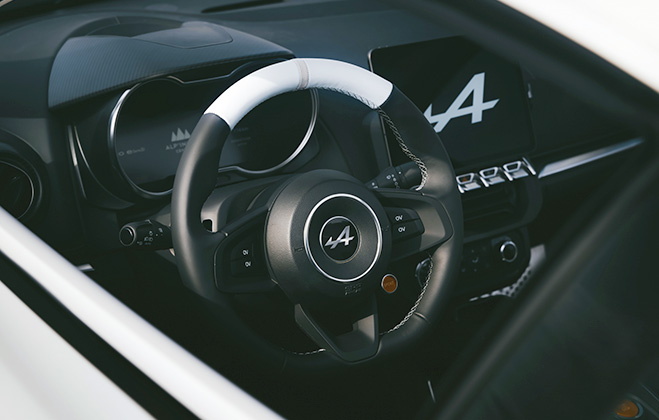 From that moment on, the goal became clear - to electrify future Alpine models. It all started with the Alpine A110, a legendary sports car widely known for its lightness and agility. All within a reasonable budget. The "irreconcilable contradiction", as some believed, became the "alpine challenge" for the brand's passionate designers.

Key assumptions of the project are advanced technologies and innovations

The technical assumptions were simple: to electrify the A110 with the performance, body stabilization and agility of the combustion engine version, drawing on the strengths, experience and advanced technology of the Renault Group.

To further enhance the challenge, Alpine has refined the technical assumptions presented and enriched them with the following four innovations: 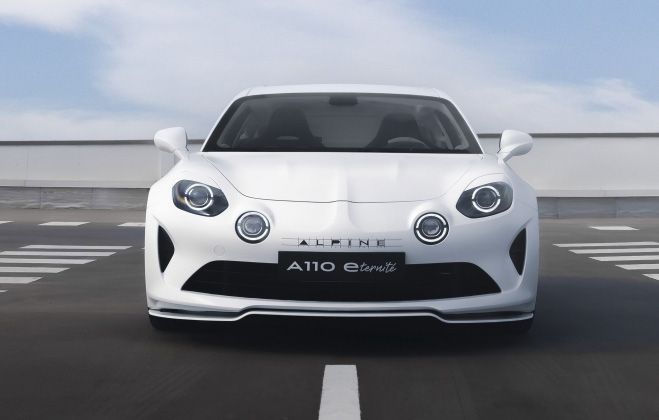 Transmission modules and traction batteries of other brands of the group

Since Alpine is one of the brands of the Renault Group, it was quite obvious to first check what was already available for this new project in the component and technology bank. Traction battery modules are identical to Megane E-Tech 100% electric modules. In order to achieve optimal weight distribution and find space for twelve battery modules, it was necessary to design special housings (structural housings) for the A110 and modify the internal structure accordingly. As a result, four modules were left on the front of the car, and eight on the back. To cope with this task, the design team decided to arrange them outside the box in the space of the car.

Despite the addition of twelve modules, the overall weight of the Alpine A110 E-ternité remains very low, up only 258 kg thanks to the low combined weight of all modules (392 kg). 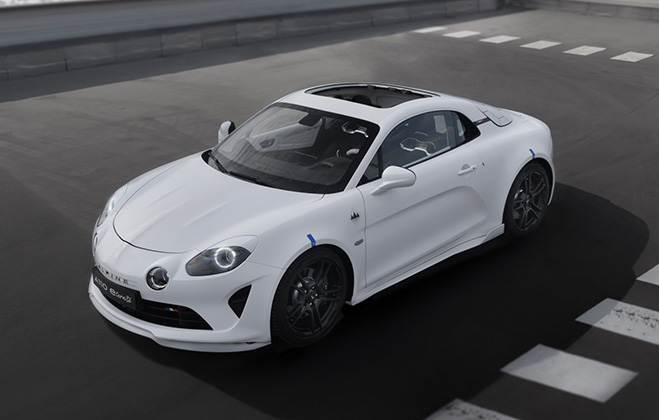 To save you the trouble of having to compromise between 0-100 km/h acceleration and top speed, which usually requires a very large battery, an innovative gearbox has been added to the Group's standard engine.

None of the transmissions available under the brand allowed Alpine designers to meet the technical requirements of the A110 E-ternité project. Therefore, it was necessary to create a pleasant and efficient gearbox without a drop in torque, but at the same time light and small.

The gearbox was developed by Alpine in collaboration with an existing gearbox supplier. It has a dual clutch (DCT) and electronic control system like the petrol version of the A110, but the clutches have been oversized to allow high torque transmission. The dual clutch solution eliminates torque fluctuations while maintaining a compact and lightweight design. 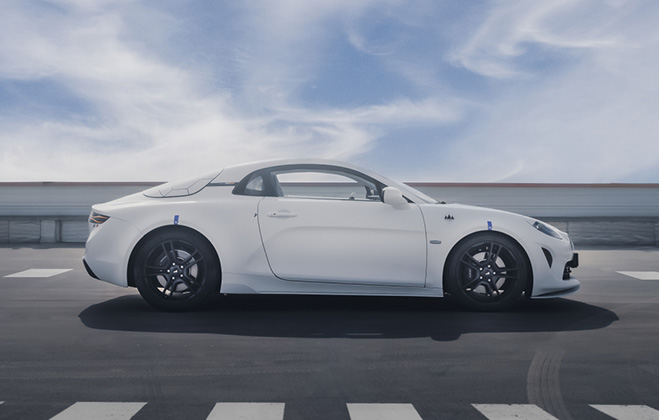 Alpine's engineering team has also shown ingenuity in on-board electronics, bringing two electronic architectures together despite the 10-year difference between them. This transplant of the E/E architecture proved to be a success, as it allowed the A110 to retain the functionality of the petrol version, while adding a number of new features such as the overtaking function and the ability to transfer information between two batteries. .

A specially designed electronic module is responsible for the communication between the two systems. This innovation opened up new opportunities for system architecture simplification and continuous improvement throughout the product lifecycle.

The A110 E-ternité offers even more, including new features developed by Alpine developers. 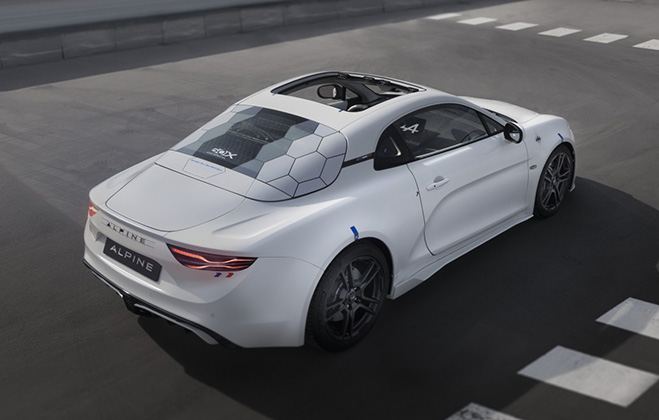 The long-awaited model with an opening roof

For many years, the company has received requests for an A110 with an opening roof. That is why the brand decided to answer this challenge as well. The main difficulty was to find a solution that would quickly introduce a sunroof into the design of the Alpine A110. Alpine engineers have found a simple and lightweight solution without compromising the body rigidity of the A110 series in the form of two injection molded recycled carbon shells. The element was completely designed and manufactured in-house.

Alpine's engineering department considers it a matter of honor to create a car that is as beautiful as it is efficient. The interior had to reflect this. The design team was able to align the stylistic requirements with the needs of the avionics architecture. The solution was to wire directly to the watch assembly, which kept the same electronic interface module. The effect is fully consistent with expectations and includes: 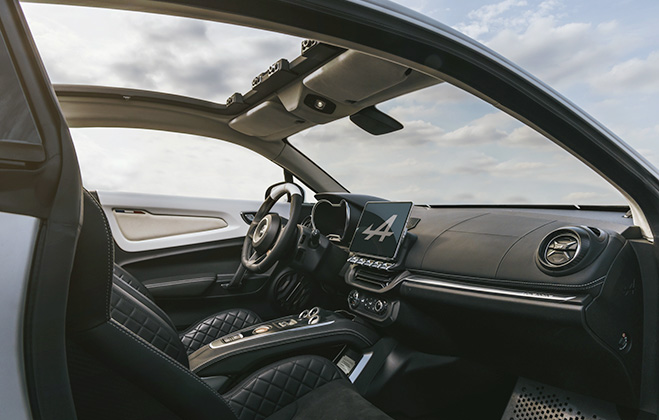 Some key elements of the car are covered with flax-based plastic, which is lighter and more environmentally friendly. A second 100% electric prototype, the A110 E-ternité, which was developed at the same time, served as a test bed for testing new technology on some exterior and interior components such as the hood, roof, rear window trim, seat shells and rear end. seat belt … used for car trimming is made by Terre de Lin, which is based near Dieppe (Normandy, France). Linen, as strong as carbon but with better acoustic performance, is a very promising material.

This new experience also allows you to prepare for the future. Individual part shapes are now compatible with different composite materials, meaning that the same mold can be used to make a given item from carbon fiber, glass fiber, or linen fiber material. There is a very promising prospect for further research! 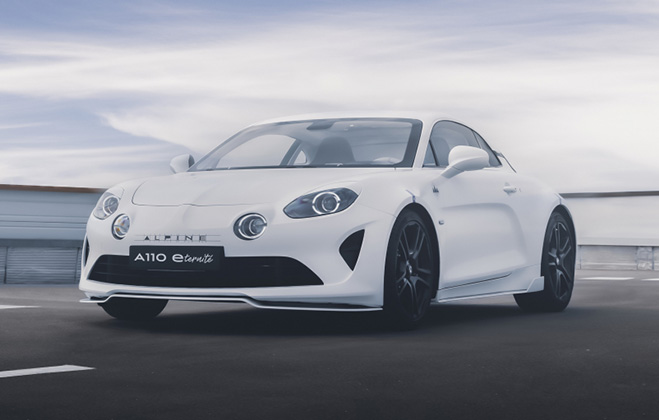 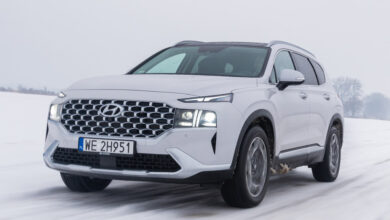 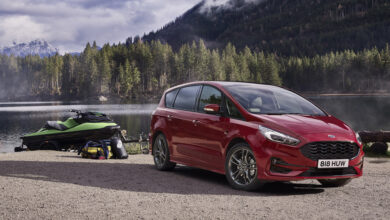 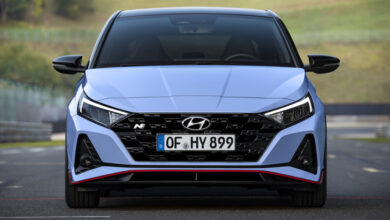 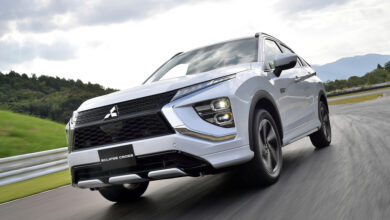