The new Kamper Tour Box, fitted to the PROACE Verso model, made its debut, in particular, in the Polish offer of Toyota. in a luxurious VIP version. Every day the car serves as a premium passenger van with captain's chairs, and before the holidays it can turn into a motorhome with quality wooden furniture for the bedroom and kitchen. The body of the Tour Box camper can be installed or removed at any time, so that the car can be used all year round.

Camper Tour Box is available for 8-seat family version, 8-seat business version and 7-seat luxury VIP version. It allows you to turn the PROACE Verso passenger van into a comfortable mobile home with a sleeping place for two people and two rows of seats in 20 minutes. The motorhome kit includes two pull-out modules in the drawer system - kitchen and luggage. At the top level of the system is a fold-out sleeping module. The body can easily be assembled by two people by attaching it to the factory rails on the floor, to which the third row of seats is attached daily. This ensures the safety and stability of the system, as well as the absence of the need for structural changes to the vehicle. When the caravan is no longer needed, it is enough to return the last row of seats to its place. 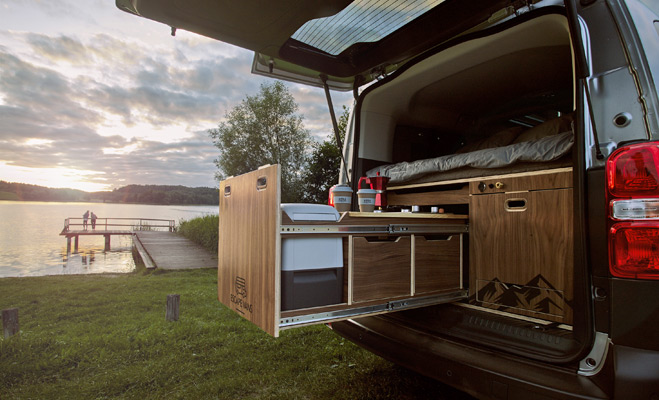 Bedroom, kitchen and living room in a medium sized van

The kitchen module includes a refrigerator, stove, water tank and many practical storage compartments. The luggage module has spacious drawers, and a shower module extends from under it for washing food or dishes. When unfolded, the sleeping module forms a comfortable bed for two people.

The buildings are made of wood (ash, oak or walnut) and protected from external factors. It has a 12V electrical wiring and can optionally be equipped with kitchen utensils or mats to protect the glass. You can also create a comfortable in-car interior by pivoting the seats in the first row of seats backwards so that passengers can sit facing the second row of seats, and in the VIP version also on the retractable multifunction table. 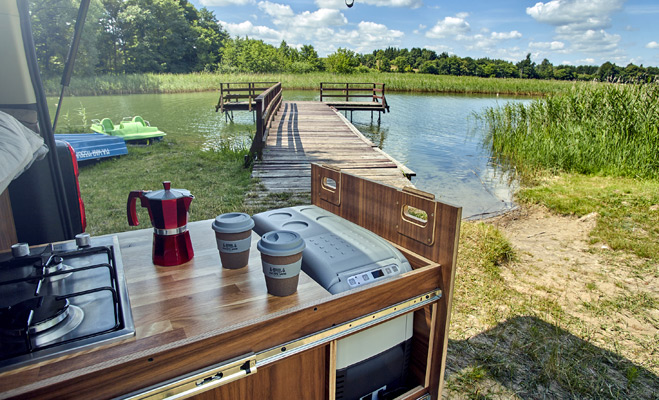 Tour Box camper in a personalized version can be ordered together with the car at the Toyota showroom. It takes about 20 days to complete. The Kamper Tour Box system was developed in collaboration with Toyota by Escape Vans from Gdańsk.

The VIP version is a luxury version of the Toyota PROACE Verso. It features a rich set of amenities, including captain's chairs in the first and second row of seats, and optionally in the third row, in addition, tinted windows, power, contactless, double-leaf side doors, a retractable multi-function table on rails in the rear of the car and a multi-function roof with AMBIENT LED ring lighting. The second and third row seats are mounted on rails so they can be removed and moved, and the second row seats can also be rotated. 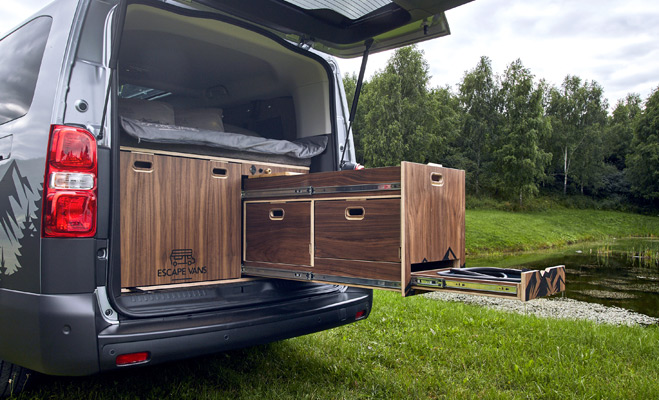 The Tour Box Camper is one of several new products in Toyota's line of commercial vehicle shelving systems - the PROACE, PROACE City and Hilux models. Flex, Press and Isotherm with compact unit have recently joined the offer of professional kits. They enrich the offer of a new network of Toyota Professional car dealerships specializing in the sale of commercial vehicles and fleet customer service. 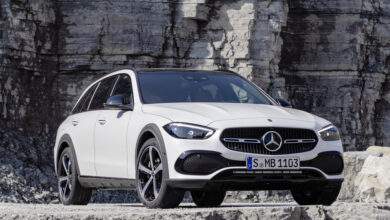 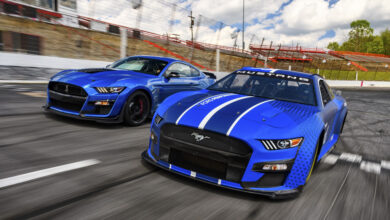 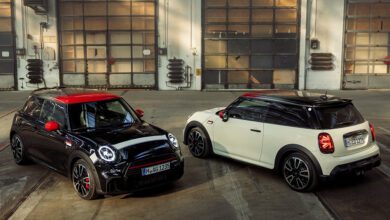 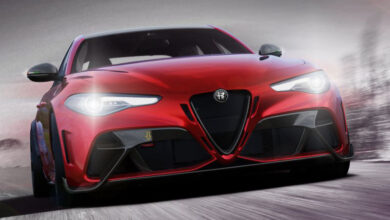 Giulia GTA: the bold return of the legendary Alfa Romeo 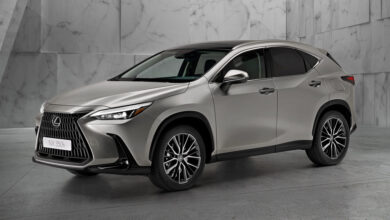 Find out the prices for the second generation Lexus NX