Unveiled at the Caravan Salon in Düsseldorf, the new Trafic SpaceNomad will appear in the Renault model catalog in early 2022. After Switzerland, the car will appear on the markets of five more European countries.

Motorhomes, which have recently been gaining popularity, have become indispensable in post-quarantine times. The flexibility of this mode of transport facilitates travel even under current health restrictions and offers users total freedom.

After a successful debut in the Swiss market in 2020, the Renault brand has decided to expand SpaceNomad sales in Europe to other countries: Germany, Austria, Belgium, Denmark and France. The motorhome, equipped by Pilot and manufactured at the New Trafic plant in Sandouville, France, will go on sale through the Renault network in early 2022. It will be available in two lengths, as a 4- or 5-seat version, with a wide range of engines ranging from 110 to 170 hp. The new Trafic SpaceNomad is adapted to the different purposes and needs of customers seeking freedom and carefree travel.

“Renault's goal is to expand the range of motorhomes in the European market, which has been growing dynamically for 10 years. After a successful debut in Switzerland, the new Trafic SpaceNomad will go to lovers of freedom to travel to other countries.” — Thierry Plantegenest, Global Commercial Director for Renault and Director of Commercial Vehicles for Renault. 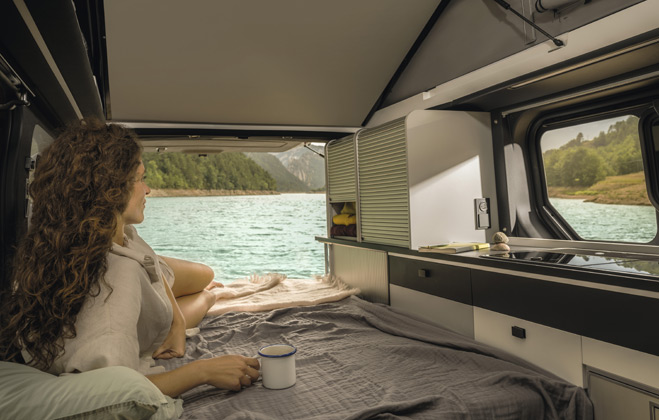 Fully equipped kitchen for winter and summer, adapted to any unforeseen situation: 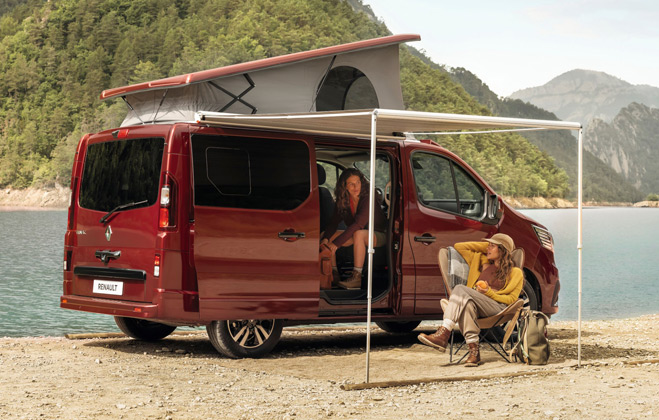 The new Trafic SpaceNomad can have up to five seats. The two front independent seats can be swiveled inward to create a spacious and comfortable living space. The rear of the cab is available in two configurations: with a rear fixed two-seat sofa or with a three-seat pull-out sofa. Day and night, it protects its users from bad weather thanks to its awning (220 cm x 235 cm) and 100% LED lighting (12 points of light). He is not afraid of extreme weather conditions, because he is effectively insulated, lit and heated (2000 W) and equipped with sun blinds. 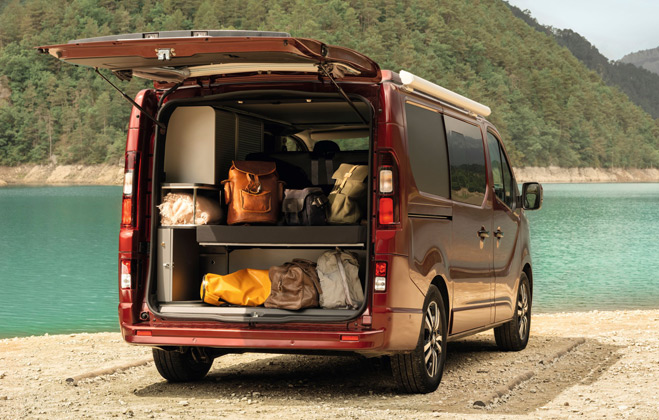 The new Trafic SpaceNomad has a more expressive appearance. The horizontally positioned hood and vertical grille give the impression of more power. It also has full LED headlights and an updated C-shaped lighting system. In the interior, at the front of the cabin, attention is drawn to the upgraded instrument panel with storage space up to 81.8 liters, which puts the car at the forefront of this segment. The design is also richer: chrome inserts, diamond-shine wheels, metallic paints (including the unique Carmin Red color). To give the driver more peace of mind while driving, the car has a number of new driving assistance systems such as active emergency braking, lane keeping assist, driver fatigue detection and blind spot monitoring. 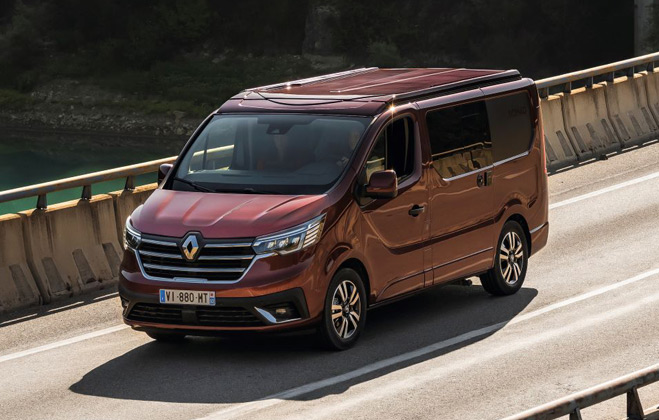 The new SpaceNomad has a number of on-board systems such as an 8-inch touchscreen or an inductive smartphone charger. It also features Renault's latest EASY LINK multimedia system with built-in navigation and smartphone connectivity via Apple CarPlay and Android Auto. 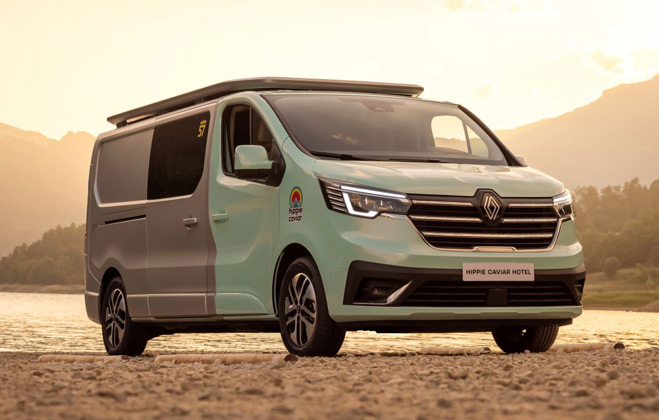 Inspired by the 1960s luxury hippie van, the Hippie Caviar Hotel show car is a brand new motorhome concept from Renault. The car has a bed that slides out through the back door, from which you can admire the beauty of nature, and a roof terrace that gives a feeling of complete freedom. The luxury of a 5-star hotel with rooftop drone food delivery and even concierge service! The Hippie Caviar will be on display next to the legendary 1977 Estafette motorhome.

Renault has been in the motorhome market for 15 years now, offering modified versions of the Master and Trafic vans. The Caravan Fair in Düsseldorf will be a unique opportunity to learn about:

It was designed as a pleasure car, accommodating up to eight passengers and equipped with a folding double berth (up to 1.90 m long) with a folding sofa. With a detachable table and an additional reading lamp on the side, it is the perfect companion for unlimited nature walks.

This is a fully comfortable version of the motorhome manufactured by the specialized company Ahorn, based on a chassis with a cab. 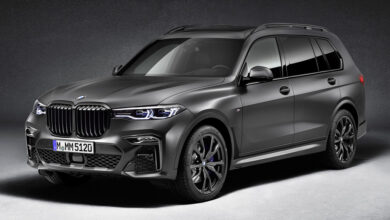 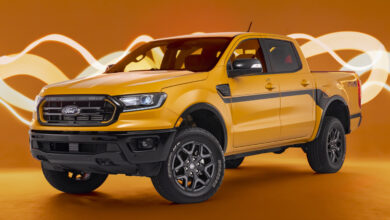 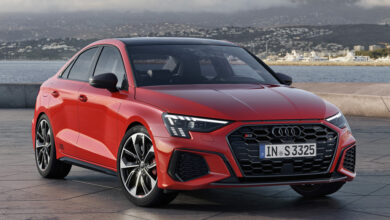 Lamborghini Urus Performante takes the super SUV to the next level