The new fourth-generation Yaris is a car that meets the demands of city life, but also delivers on-road or highway driving pleasure. It has sub-compact proportions and best-in-class turning radius. At the same time, the interior is spacious, comfortable and made of quality materials. The hardware specifications meet the stringent expectations of European customers, especially in terms of connectivity and access to information.

Key model of Toyota in Europe

Toyota Yaris has always been known for its innovation. The first generation Yaris, which debuted in 1999, was the first Toyota to be awarded European Car of the Year. In 20 years, the Yaris has become the brand's most important model in Europe, steadily increasing both sales volume and market share. Approximately 224,000 copies were sold in 2019, totaling 7.6%. B-segment market. The Yaris was the top-selling Toyota model in the region, accounting for over 22 percent. sale of new brand cars. 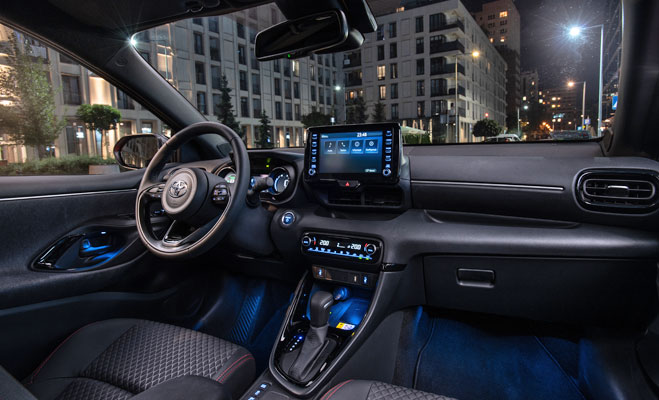 Toyota's New Global Architecture (TNGA) is used for the first time in the new Yaris. This is the first model on the modular GA-B platform, which will form the basis of future small cars. The GA-B platform plays a key role in improving the performance of the Yaris. Thanks to him, the center of gravity is lower, and the body is more rigid.

Spacious interior of a small car

While B-segment cars are getting longer, the new Yaris is shorter than its predecessor. The overall length is less than four meters, and the wheelbase has been increased by 50 mm, which has increased the space in the cabin. Thanks to the GA-B platform, the car has become 40 mm lower, but its width has increased by 50 mm. The front and rear overhangs have also been reduced by 10mm at the front (800mm) and 45mm at the rear (580mm) respectively. This resulted in best-in-class turning radius. Depending on the type of drive and equipment, the new Yaris has 15-, 16- or 17-inch wheels. 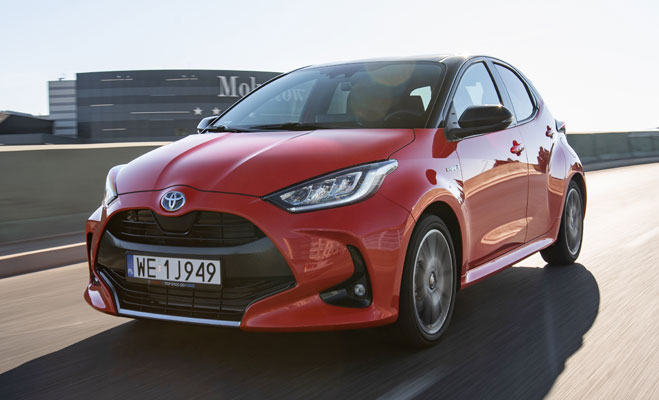 Inside the new Yaris, there is much more space - there is an additional 20 mm between the driver and passenger, and the front console has become wider. In addition, the luggage compartment has a depth of 700 mm and a capacity of 286 liters.

The efficiency of the hybrid drive has increased by 20 percent and overall power by 16 percent. and is 116 km. Acceleration from 0-100 km/h is better on the 15%. - the car accelerates to hundreds in 9.7 seconds. Driving at highway speeds has also been improved - acceleration time from 80 to 120 km / h was reduced to 8.1 seconds. CO2 emissions are reduced to 86g/km and combined WLTP fuel consumption is 3.8L/100km, an improvement on the 20%. 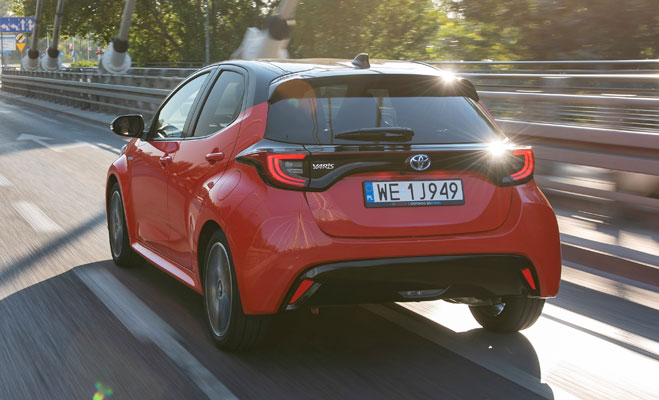 The EV mode has also changed. The car can reach speeds of up to 130 km / h in it, and in city traffic, most of the time it moves only with the help of an electric motor.

Each of the four main components of the hybrid system contributes to the handling of the new Yaris. The car will debut with an all-new Atkinson cycle 1.5 Hybrid Dynamic Force engine producing 93 hp. (68 kW) and a maximum torque of 120 Nm (at 3600 rpm). The car also has a new lithium-ion battery, a hybrid transmission and a power management unit. The battery voltage increased from 144 to 177.6 V, and the number of cells decreased from 120 to 48, which reduced the cost of its production and the need for valuable raw materials. All components have been designed according to the TNGA architecture for efficient design and ease of manufacture. 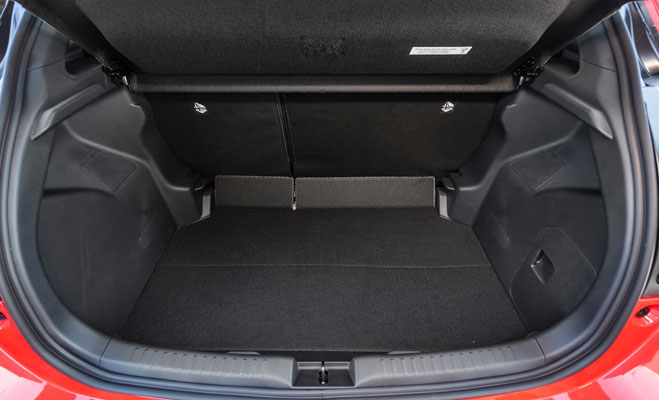 The new Yaris is also available with a 1.5-liter petrol engine with a six-speed manual or Multidrive S continuously variable automatic transmission with a wide range of gears in first gear. The Yaris range opens with the 1.0-liter three-cylinder petrol engine known from the previous generation.

The high-end design and above-average performance of the new Toyota Yaris go hand in hand with a wealth of equipment and features more commonly found in higher-end models.

Toyota Safety Sense, a rearview camera and an electronic parking brake (for hybrid models) are standard on all versions. All new Yarisas offer wireless smartphone integration via Apple CarPlay™ and Android Auto™, giving users easy access to their favorite apps. 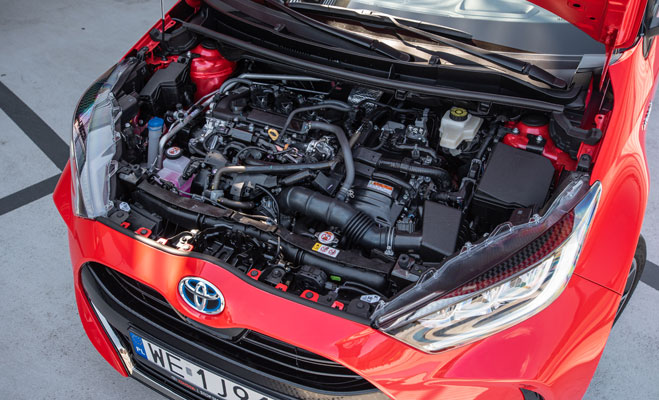 Higher trim levels have elements known from the premium segment, such as a heated steering wheel and blue interior lighting in the footwell, door panels and center console. There's also an inductive smartphone charger and a full LED lighting package, including fog lights. As the only model in the B segment, the Yaris offers a 10-inch color HUD display. At the end of the year, an eight-speaker JBL audio system will be available.

The safest car in segment B

The capabilities of the Early Collision Warning System (PCS) have been enhanced with the addition of a pedestrian and cyclist detection system. The new Yaris is the first in its segment to feature cross-collision avoidance, which detects the risk of an oncoming vehicle or pedestrian colliding when turning at an intersection. It is also the first Toyota to be equipped with center tunnel airbags to prevent driver-passenger collision in a side impact. 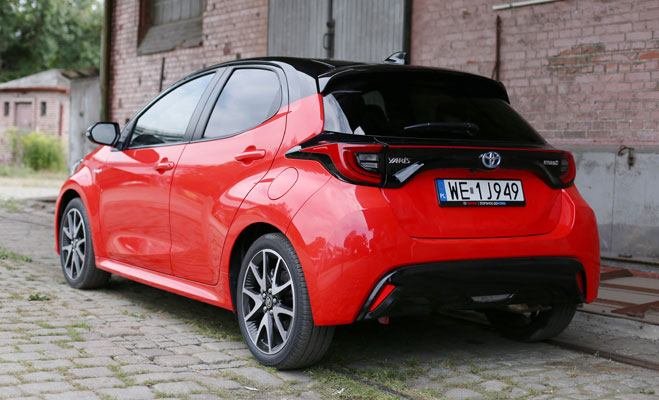 Rich modern equipment, as well as the benefits of the GA-B platform, which guarantees increased body rigidity, make the Yaris the safest city car in the world.

Detailed information about the new Toyota Yaris can be found HERE. 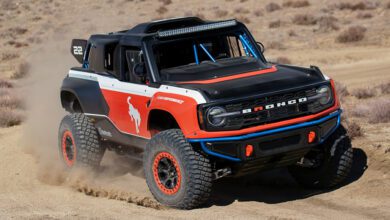 Ford introduces the Bronco DESERT RACER with over 400 hp. 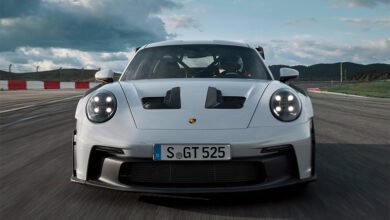 The new Porsche 911 GT3 RS is built for performance 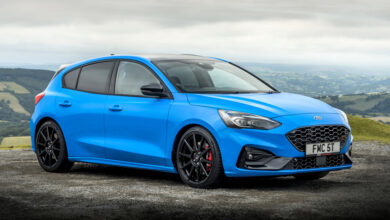 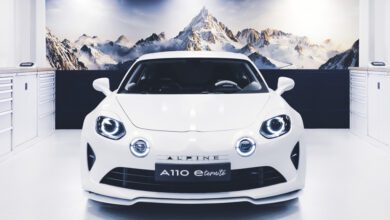 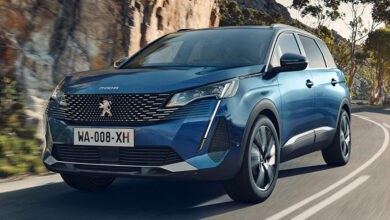 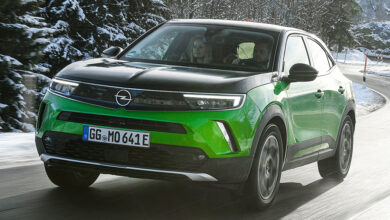